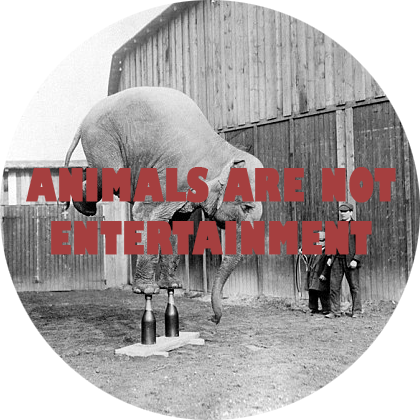 Lets learn a little bit more about us

TAFAR (Teachers’ Association for Animal Rights) is a Movement to achieve an inclusive world that compassionately coexists with its animals and nature, inspired by the Indian ideology of “Vashudhaiva Kutumbkam (the world is one family)”. TAFAR is an independent, non-profit organization which is working to get animals their basic rights, that is to live without suffering.
Our mission is to sensitize the people against the cruelty being done to the animals which are weakest members of family face.
Vision: Recognition and respect for animal rights in society.
Mission: To connect and empower animal protectors to achieve animal rights by advocacy, networking and capacity building ; to create a high-impact, well-connected movement at all world wild levels which will continually address ongoing animal issues.

GET IN TOUCH Join Us !

Founder : Mr. Yograj Singh
He is an animal lover. He has been a lecturer of Mathematics in various schools including Kendriya Vidhalya and leading Sant Narayna Das Educational Society.
According to him, Human is destroying/damaging non-human sentient beings in many ways. Slaughtering of animals can be stopped only by realization and awakening among majority of humans. Among humans political and social leaders in different countries must be made sensitive to the unimaginable suffering being given to the animals in hands of humans.

Chairman : Mr. Maha Singh
He is an M.A, B.Ed. He is a retired state awardee lecture/Principal/ Vidhya Niketan Sr. Sec. School-2 in N.I.T Faridabad. He is a humble being, as a teacher he has always been ready for opportunities and making preparation for success.

Vice-Chairman : Dr. Abdul Hafeez
He is a lecturer of Biology. He is a PH.D from Jawaharlal University. He is a pure vegetarian. He has worked as a Scientist in National Institute of Immunology in I.C.G.E.B project, Worked as the head of dept. in Zoology at Akash Institute New Delhi and Worked as an H.O.D. of Zoology at OASIS Institute, Delhi. Mobile- 9891577185

General Secretary : Mr. Gian Dutt Mathur
He is the secretary in organization. He is an M.Phil.m, M.A. B.P.Ed. He is an animal lover. He is also a lecturer of Physical Education and D.P.E. in S.N.D. Public School Palwal, Haryana. He conducts seminars in schools, colleges and social areas sensitize teachers, students and general people to avoid the non-vegetarian food. Mobile- 9813147812

1. To sensitize Indian citizens particularly; students and teachers’ community regarding animal sufferings/ animals exploitation by human race and its ill effects on planet.
2. To unite teacher Community of the world where ever possible our issue of the welfare of Animals including stray and sick animals/ birds.
3. To advance literacy and general education of animal welfare, among the people.
4. For treating terminally ill animals and animals abandoned in the streets.
5. For controlling the population of stray dogs.
6. To foster a spirit of peaceful existence between the humans and stray and other animals/bird.
7. To provide immediate medical attention to animals wounded by vehicles, abused by humans or other pet animals.

We provide high quality material through speeches and visuals for convincing masses to act against all kinds of animal cruelty.

Subjects spoken :-
• Equal rights and equal consideration
• Acts of mass destruction and violence
• Harmful effects of non-vegetarian diet
• Use of knowledge for the betterment
• Speaking for those who cannot speak for themselves


Say NO to Non-Veg

Non Veg food causes Heart Diseases :
As early as 1961, the Journal of the American Medical Association had said- "90% - 97% of heart disease can be prevented by a Non vegetarian diet".

Non-vegetarian food causes cancer and nervous diseases :
According to Dr. Khar T Loder Braston, non-vegetarian food does not give strength and instead makes us weak. It produces nitrogen, which functions like poison for the nerves. Dr. Arthur Underwood says that 85 per cent of the throat and intestine problems are due to non-vegetarian food. On the contrary, the vegetarian food contains substances which can prevent cancer. Cooked meat and fish contains carcinogens, which sometimes attack the cell’s genetic material (DNA), alter it and develop cancer.

Non-vegetarian food causes Hunger people :
Eighty percent of the corn and 95% of the oats grown in the U.S. is eaten by livestock. The percentage of protein wasted by cycling grain through livestock is calculated by experts as 90%. Producing one pound of beef requires 16 pounds of edible grain and soyabeans, which could be used to feed the hungry. The average American consumes in a 72-year lifetime approximately 11 cattle, 3 lambs and sheep, 23 hogs, 45 turkeys, 1,100 chickens and 862 pounds of fish. Cooked meat and fish contains carcinogens, which sometimes attack the cell’s genetic material (DNA), alter it and develop cancer.

Non-vegetarian is the cause for several diseases :
According to the WHO report non-vegetarian food causes 159 different types of diseases. The most common diseases caused due to it are heart diseases, high blood pressure, kidney problem, gall bladder problems, wounds in arteries, eczema, paralysis, tuberculosis, constipation, pains, arthritis, hysteria etc. In comparison to this, the vegetarian food is totally harm less, beneficial and cures diseases.

Wild nature/behavior due to consumption of non-vegetarian food :
A famous scientist of Japan, Professor Venz has reached the conclusion on the basis of several experiments that non-vegetarian food plays a major role in raising the anger, anxiety, restlessness, hastiness, sexual desire and criminal mentality. Therefore it is true that minute substances of food make our mind and the mentality will be pious or passionate depending on the type of food we take.

Food Shortage for Millions due to consumption of non-vegetarian food :
In the developed countries 6 tons of food is given to the cattle in order to produce one ton of meat. American scientist Borg Storm says that the amount of food given to the animals in order to obtain meat is sufficient to sub side the hunger of world’s 50 per cent population. When 8 kg of vegetable protein is fed to the animals they produce one kg of meat protein. In the same way one non-vegetarian calorie can be obtained after burning 7 calories of vegetables. This is sheer wastage of proteins and calories.


Say NO to the Animal Cruelity

Animals Used for Food:
From the meat industry’s rampant abuse of animals and environmental devastation to the tremendous health benefits of a vegetarian diet to helping end world hunger and deplorable working conditions in slaughterhouses, there are countless reasons why more and more people are leaving meat off their plates for good and embracing a healthy and humane vegetarian diet.

Factory Farms - Poisoning Communities:
People who live near factory farms suffer too, and the number of factory farms in India is increasing. Globally, they pollute the air and water for many miles in every direction, often spreading contamination and illness to the people who live and work nearby. Chronic sickness, brain damage, poisoned waterways, elevated cancer rates and even death plague these communities. Take TAFAR India’s Pledge to go vegan and we’ll send you tips and recipes to help you get started on a healthier, more compassionate way of life. Browse hundreds of vegan recipes.

Animals Used for Entertainment:
Animals do not want to peform painful, confusing and demeaning tricks, but animals in circuses have no choice. Trainers use abusive tools, including whips and electric prods, to force them to perform.


What is a Vegan?

Vegetarians do not eat meat, fish, or poultry. Vegans, in addition to being vegetarian, do not use other animal products and by-products such as eggs, dairy products, honey, leather, fur, silk, wool, cosmetics, and soaps derived from animal products.

Views of some great persons for Vegetarianism :
1. ”Allah has given us vegetables, fruits and nuts to eat and many things to drink. So why eat animals’ meat to live when we can lead a peaceful life without eating meat? The hallmark of a society that has progressed both materially and spiritually is one that treats animals with respect and kindness, ”Khalid Mahmood Qurashi”
2. “While our bodies are the living graves of murdered animals, how can we expect any ideal conditions on earth. -- George Bernard Shaw
3. "Everyone in the business : the one who abets, the one who cuts, the one who kills, the one who sells, the one who prepares, the one who eats ... all are killers ! " - Sri Krishna
4." The greatness of a nation and its moral progress can be judged by the way its animals are treated. “- Mahatma Gandhi
5. "For fear of causing terror to living beings, let the Bodhisatva who is disciplining himself to attain compassion refrain from eating flesh ! " - Gautama Buddha
6. "God doesn't like the flesh and blood that you offer as sacrifice. He expects nothing but your absolute faith ." – Quran
7. Killing animals for taste has been called unrighteous in Guru Granth Sahib Ji. “You kill living beings, and call it a righteous action. Tell me, brother, what would you call an unrighteous action? You call yourself the excellent sage; then whom would you call a butcher? (Guru Granth Sahib Ji, 1103)
8. "And the flesh of slain beasts in his body will become his own tomb. For I tell you truly, he who kills, kills himself, and who so eats the flesh of slain beasts, eats the body of death. " – Jesus Christ
9. "Meat can never be obtained without injury to living creatures and injury to sentient beings is detrimental to the attainment of heavenly bliss; let him therefore shun the use of meat." – The Manu- Samhita
9. "People who eat meat are responsible for all the pain that grows out of meat-eating and which is necessitated by the use of sentient animals as food. " -Annie Besant
10. "As long as there are slaughter houses, there will be battle fields. A vegetarian diet is the acid test of humanitarianism " - Leo Tolstoy
11. " It is both auspicious and peaceful for people to choose vegetarianism. " - Albert Einstein
12. “There cannot be perfect civilization until was realized that the rights of every living creature are as sacred as his own” Dr. David Starr Jordan
13. “Our task must be to widen our circle of compassion to embrace all living creatures including animals.” Albert Einstein
14. Those who are animal killers, their brain is dull as stone. Therefore meat-eating should be stopped. In order to revive the finer tissues of the brain to understand subtle things, one must give up meat-eating. -Srila Prabhupada